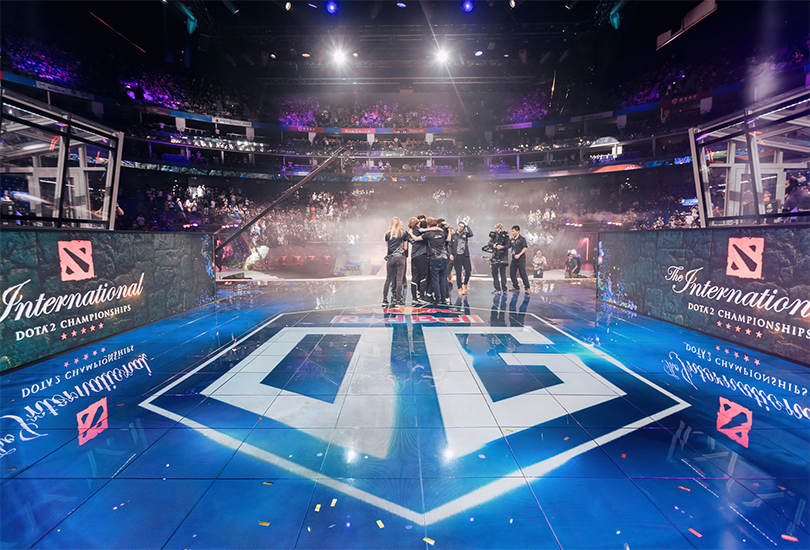 Road to the Aegis
Congratulations to OG, Grand Champions at The International 2019.

OG rebuffed every challenger and silenced all critics as the first reigning champions in the history of The International to successfully defend their hold on the Aegis of Champions.

After a dominating Group Stage that saw them drop only two games to their fourteen wins, OG squared off against a Newbee squad that was eager to prove themselves on the Main Stage. Newbee eked out a small advantage in the early goings of game one before OG took over and snowballed to victory. The defending champs never trailed in game two, and Newbee failed to kill ana’s Juggernaut even a single time.

Next up would be the stalwart Evil Geniuses, who smashed through OG’s defenses for a convincing victory in game one that saw EG’s top cores at their best. In game two, the teams traded blows for thirty minutes before OG took over and never looked back–taking the win to push the series to a decisive game three in which OG’s ana killed every EG player at least once en route to victory.

Last year’s runners-up PSG.LGD were the next challengers subjected to OG’s dominating run. Though the elite Chinese squad were able to secure a game-one victory, game two was a one-sided stomp in which ana was again unkillable–this time on the tournament powerhouse Alchemist. Game three was a tough fight with huge net worth swings. PSG.LGD scored more kills than the OG lineup, but the end result went the way of the resilient champions, sending OG into the Grand Finals for a second consecutive year to await their next opponent.

While PSG.LGD did their best to set up a rematch by taking game one of the Lower Bracket Finals, Team Liquid proved the worthiest opponent, cracking off two straight victories to secure the right to face OG in the Grand Finals.

As had happened in the previous two rounds, OG dropped the first game to their adversaries, unable to overcome Liquid’s assault despite leveling out a 20K net worth deficit before their Ancient fell.

But from there, it was all OG. Their clever drafting and stellar play led the way to three straight victories over Team Liquid. OG sent the challengers packing and claimed the Aegis of Champions–the first players to ever raise it twice.

As bearers of the ultimate symbol of victory, these names shall forever be inscribed–again–upon the Aegis of Champions:

Looking Back
If you missed any of the tournament, or just want to relive the incredible moments and plays, head over to the Dota 2 YouTube channel, where you can find replays of the tournament, including broadcast content from in between the games. You can also find a stash of photos from the event over on our Instagram and the Dota 2 Flickr.

We would like to thank all of the players, talent, and everyone in the Dota community for helping bring this celebration to life. The International is the crowning moment of the competitive season, and without everyone’s support, none of this would be possible. We hope you enjoyed this year’s tournament as much as we did.

The Days Ahead
In the wake of The International, our next focus will be on preparing for the new Ranked Season as well as releasing some small gameplay balance tweaks. With the recent changes to Ranked Matchmaking, we’re interested to hear any feedback or suggestions you have. As always, it’s helpful to include account info and match IDs with your feedback in the contact form.

Our next major release will be arriving later this fall with The Outlanders update, featuring the two new heroes–Snapfire and Void Spirit–that we announced at the event, as well as the next gameplay patch.