We’ve just released a new patch for Heroes of the Storm, which marks the end of our Lunar Festival 2016 event, and brings a new Hero to the Nexus, along with Ability cooldown announcements, additional observer slots, and more! Check out the patch notes below. 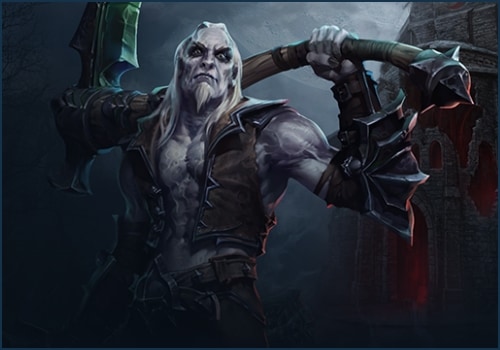 Xul, Cryptic Necromancer, has been added to Heroes of the Storm and is now available for play! Read on for a brief overview of his Abilities.

Developer Comments: We are continuing to tune Snipe Master to make it a more attractive choice, assuming you are consistently landing your Snipes.

Developer Comments: The initial round of Rehgar nerfs weren’t quite enough to bring his winrate down to a level that we think is healthy. We like that his base kit feels powerful, so we are aiming to reduce the synergy between his Lightning Shield Talents. We are also increasing Ancestral Healing’s cooldown to better reflect the healing power it brings to a teamfight. The Bloodlust Mana change is simply a quality of life improvement. Overall, we enjoy how Rehgar plays right now, and are excited to see him bring other Heroes, such as Illidan, back into prominence. With that in mind, we’re aiming to cautiously nerf Rehgar over time as we bring this Shaman in line with other Healers.