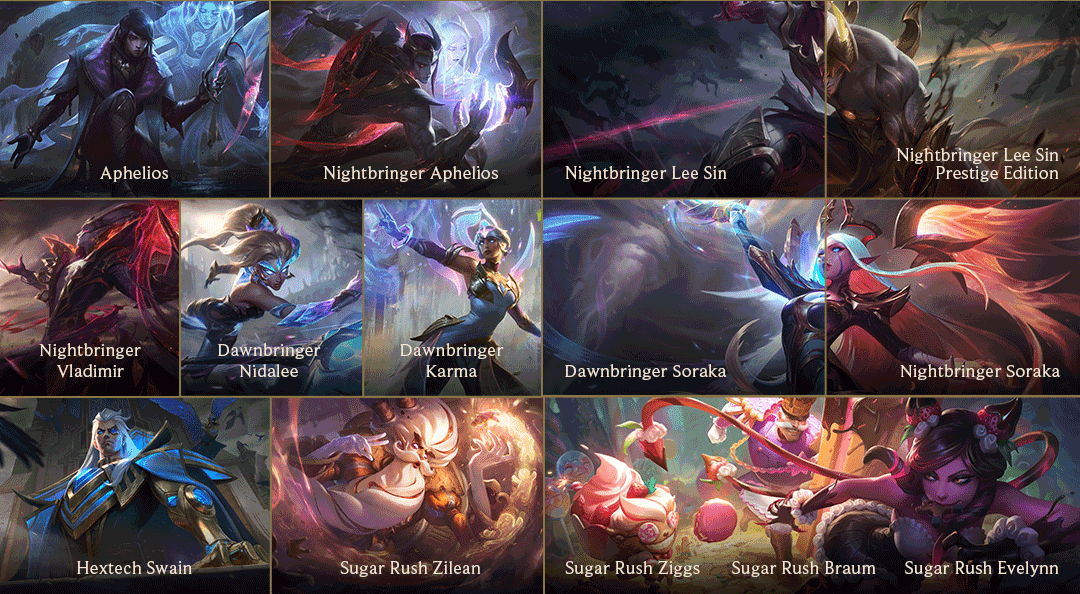 The Weapon of the Faithful

Aphelios and Alune will find victory in the whispers of the moon in 9.24.

Removed the hitbox behind Akali so her Q only goes forward; Q minion and monster damage decreased.

This is a pro-facing specific change we're making since many pro players use this uniquely shaped hitbox to waveclear optimally, while most other players have a hard time accessing and utilizing it properly.

Sad mummy is due for a buff given his state post-Preseason.

We don't want to remove the very thing that makes Braum unique, so we're leaning harder into it while lowering his ability to deal with melee champions relative to other wardens. This should then allow us to also buff him in other ways without having him stay as a default, safe pick in pro play.

W - Stand Behind Me

Some of you may already know that we've been working on changing up Diana's kit for awhile now. As promised, we've made some changes aimed at helping Diana’s pre-level-6 lane, and making both the playing as and against Diana experiences less of a feast or famine. By giving her access to Lunar Rush as a basic ability, we're unlocking one of Diana's core mechanics earlier and in the laning phase, allowing her to fight against and interact with enemies before she hits level 6. The change also allows her to effectively gank early as a jungler too, which is a massive increase to her effectiveness in that role.

Additionally, Diana's new ultimate now significantly opens her up to more options as the game progresses, giving her both teamfight and skirmish capabilities that were previously inaccessible to her. This also adds a lot of variety to how she approaches fights, so her goal isn't always to nuke a single person with a full combo.

Overall, the goal of these changes was to preserve what people loved about Diana while giving her both the tools and the variety that champions should have. We want Diana players to be comfortable with what they already know, but with a kit that may be more fun and rewarding for new Diana players as well.

ABILITY ICONS Brand new ability icons to bring it up to modern standards ABILITY VFX Touched up the VFX of all her abilities, including a brand new VFX for her ultimate and better visuals on her passive ABILITY SFX Touched up all the SFX of all her abilities, most notably the shield and her dashes, as well as brand new SFX for her ultimate and passive

Garen is one of the biggest winners from the Conqueror changes, climbing well above our acceptable limits. As a result, builds relying on attack speed are dominating his itemization choices. While we wanted attack speed builds to be viable, we don't want glass cannon Garen to be the only Garen people build, so we're targeting that specific approach to increase build diversity.

We're buffing Karma in a way that those who build more supportive items on her will appreciate.

Kassadin is too strong at the moment, being good at both surviving lane and plowing through teamfights.

Ryze's early damage and waveclear are too high for a scaling mage. We're also nerfing his best-performing rune (Conqueror), so some might call this the Riot special, but he deserved this change based on his Phase Rush performance as well.

Senna is too powerful as both a support and ADC, but Senna in the latter role is especially strong. We're nerfing her this patch in ways that will affect both roles, but should affect her ADC role more. Specifically, we're targeting her safety, her poke and waveclear, and the amount of souls she gets in a game. All these changes should amount to non-overwhelming Senna, regardless of what role she's in.

ITEMS Recommended items have been updated

A small buff for Sivir!

We're encouraging Yuumi to be the enchanter she was meant to be by buffing her supportive capabilities at the cost of damage (and that means Summon: Aery is a lot more optimal on her, not Arcane Comet). However, to access all her power, she'll have to sit on squishier champions instead of being an untargetable damage source on top of an already unkillable champion, like Garen. We're also asking her to sometimes expose herself to real danger by allowing attentive opponents to have actual kill threat on an unattached Yuumi.

And seriously, we have the data. Yuumi is a really weird case where taking the wrong rune is negatively and drastically causing people to think she is worse than she actually is. Please take Aery instead of Comet!

We improved gameplay readability on Lux's abilities while bringing them up to today's standards. Also, more rainbows!

BASIC ATTACK Cleaned up the missile and impact PASSIVE - ILLUMINATION Cleaned up Q - LIGHT BINDING Added a subtle effect to better show the width of the missile, sparkles, and rainbows W - PRISMATIC BARRIER Cleaned up and added a subtle missile width indicator for when it goes out E - LUCENT SINGULARITY Completely revamped and cleaned up the charge and explosion effects R - FINAL SPARK Completely overhauled with indicator lines on both sides to show the actual width of the beam and a line at the end to show the actual range IDLE EFFECTS Cleaned up and improved the staff effects when Lux is idle ALL SKINS Cleaned up and made to match the base kit changes STEEL LEGION LUX Cleaned up the lightning effects on Q's missile, E's explosion, and R's beam

Conqueror is overperforming on a number of ranged champions, and is slightly too strong in general. We're making it last a shorter period of time, which hits ranged champions more since they're able to take full advantage of the long duration in lane, as well as directly nerfing the healing for ranged champions.

We've adjusted Omnistone to be a little bit smarter at giving you the right Keystone at the right time. Below are some guidelines you can count on when taking Prototype: Omnistone.

These were all documented as mid-patch updates for 9.23, but we wanted to include them in case you missed them!

An early Rift Herald's charge damage currently feels underwhelming (usually less than 2 Turret Plates' worth of damage) and not all that worth fighting over. We're increasing Rift Herald's early damage so she's considered more of a high value get in the early game, but without boosting the second Herald's damage.

Hold onto your biscuits! We're bringing back the regal and time-honored Poro King from his vacation on the shores of the fabled Ursine Lands and returning him to the Howling Abyss, where he'll help you earn glorious victory! Have fun with the giant furball until January 14, 2020 at 07:59 PM GMT.

A quick TL;DR on one of our most dashing game modes: Summon the almighty Poro King with the help of your teammates by flinging poros, snowball-style, until you've hit ten targets. Once you do, the King will help push enemy towers, periodically heal you, and allow you to return to his side at any time. We’ve also got some QoL changes and updates from the last time the Poro King arose from his slumber.

As mentioned above, every change that's applied to ARAM—be it a champion, item, or rune change—will also apply to Poro King!

We're starting the transition from League of Legends accounts to Riot Accounts that'll cover League and future Riot games (more on the support page here). All usernames (NOT Summoner Names) have to be unique, regardless of server. This rule applies to new accounts, too. We know that these sorts of changes are never fun, but they are necessary to help update and improve Riot’s account system to support new games.

If your account shares a username with an account in another region (including PBE), you should've already received a heads-up email (there are still some being sent out, so keep an eye out). Starting soon, you'll also see a dismissable pop-up when you log in, letting you know you'll need to pick a new username. Early next year, that pop-up will no longer be dismissable. When that happens, you'll have to change your username before you can play League.

Here are a few tips: 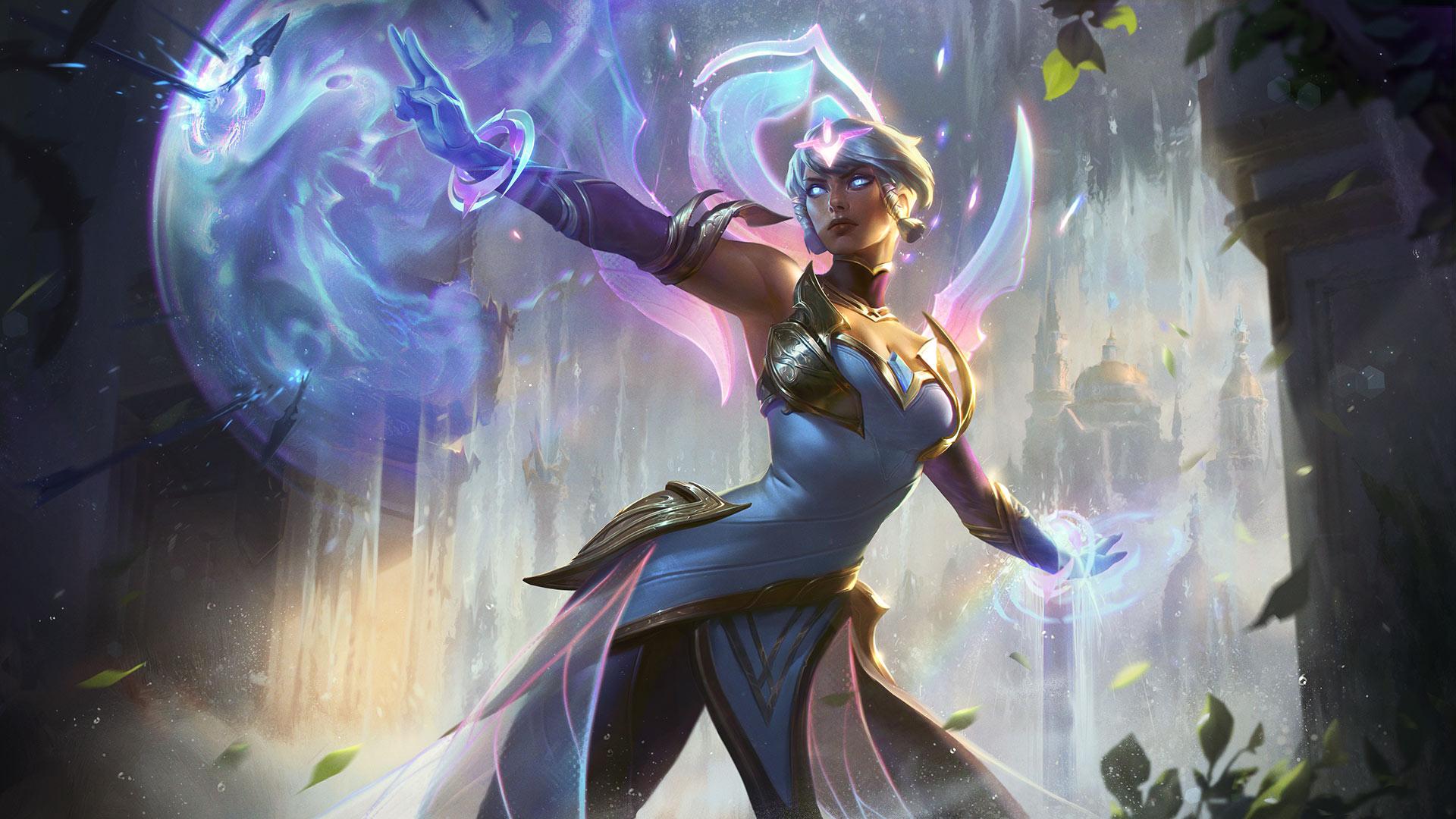 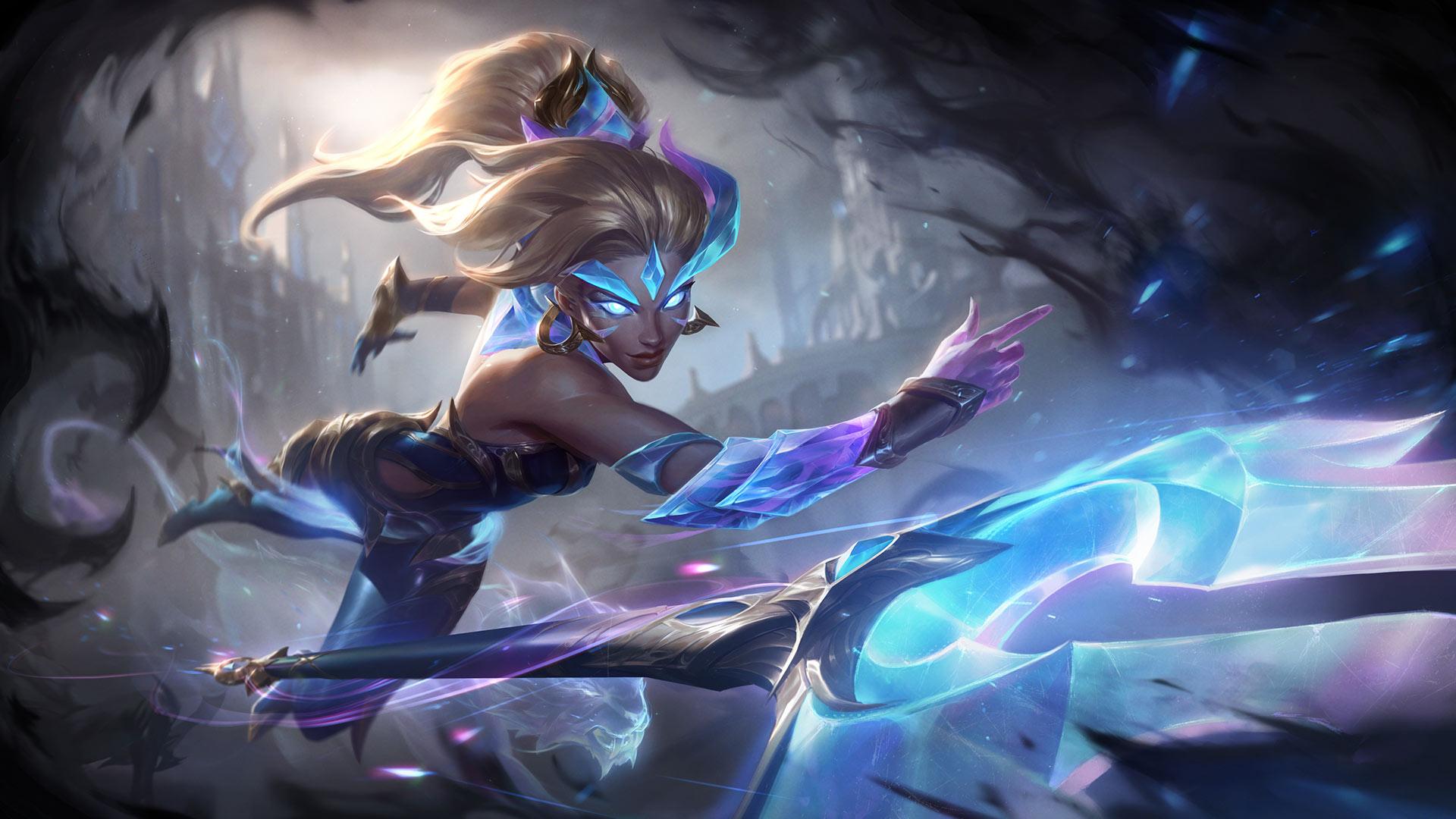 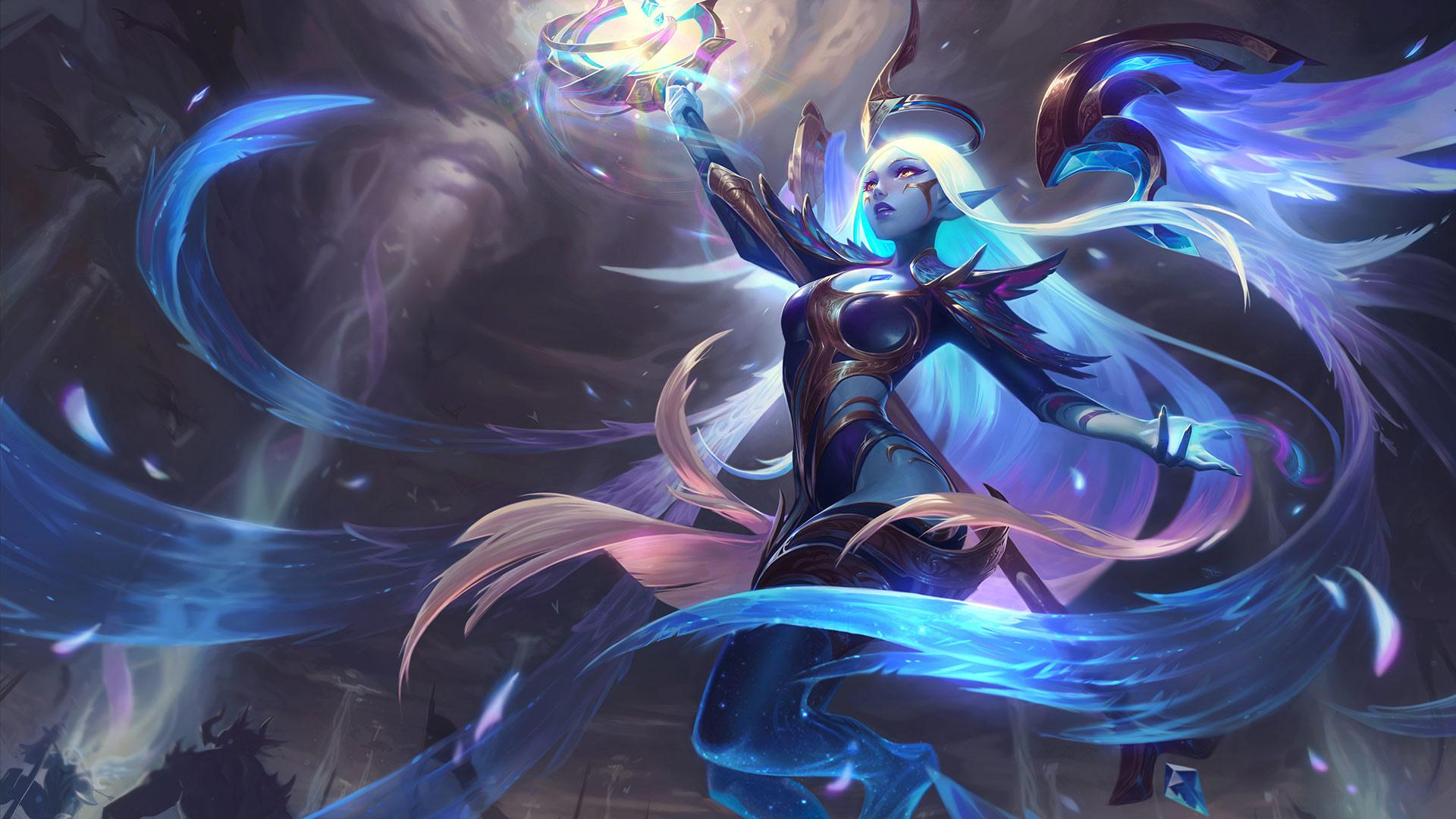 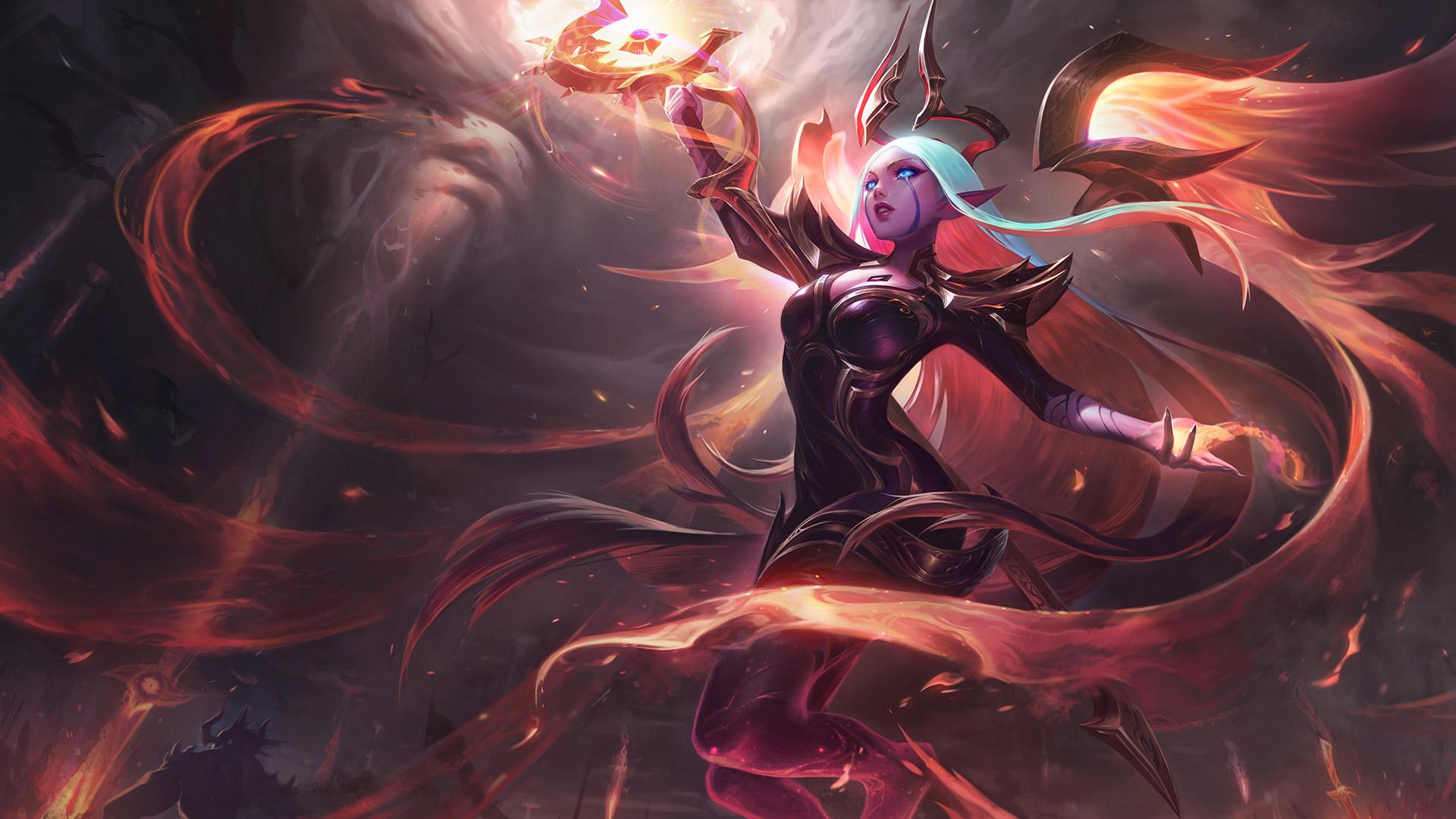 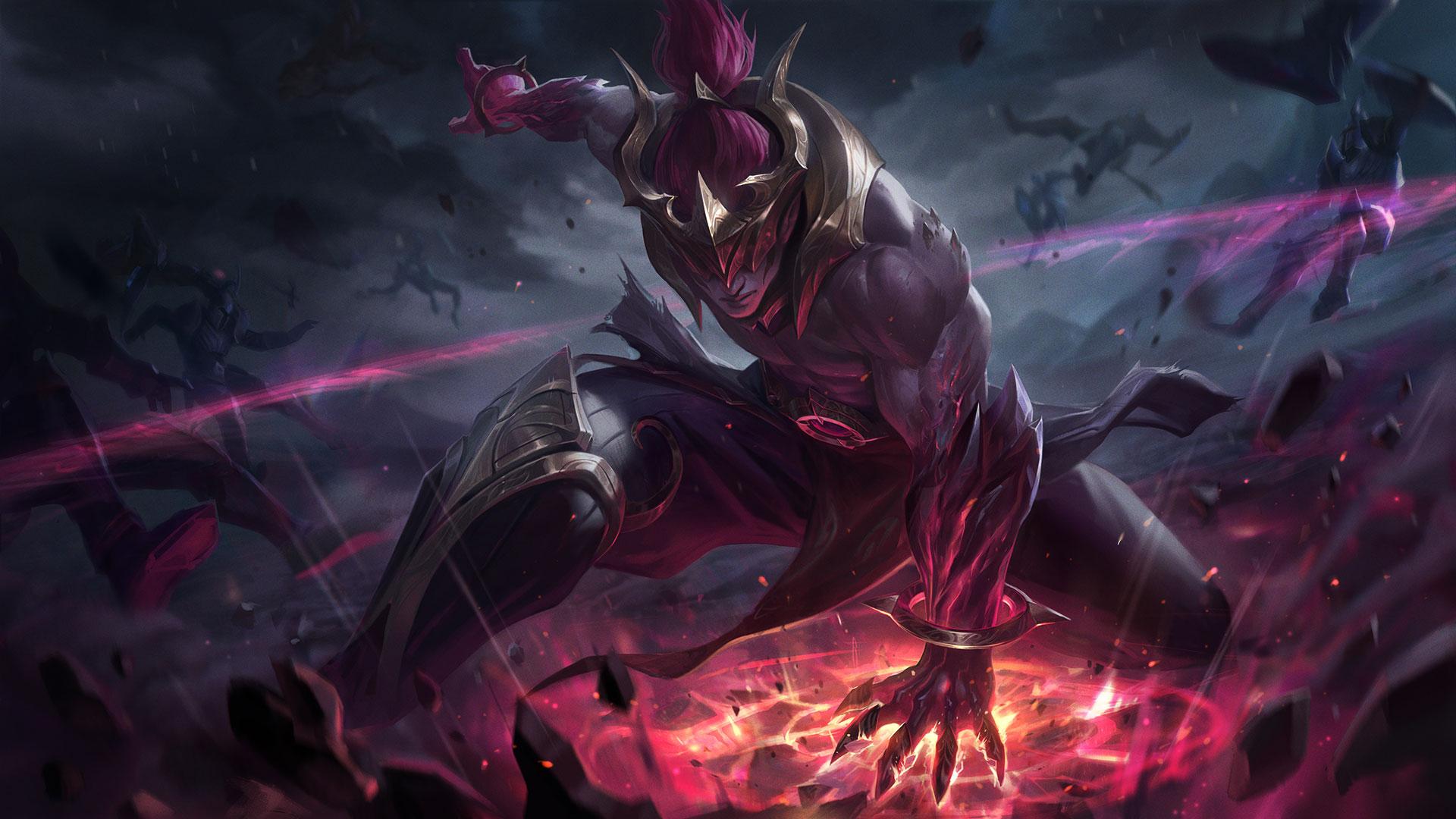 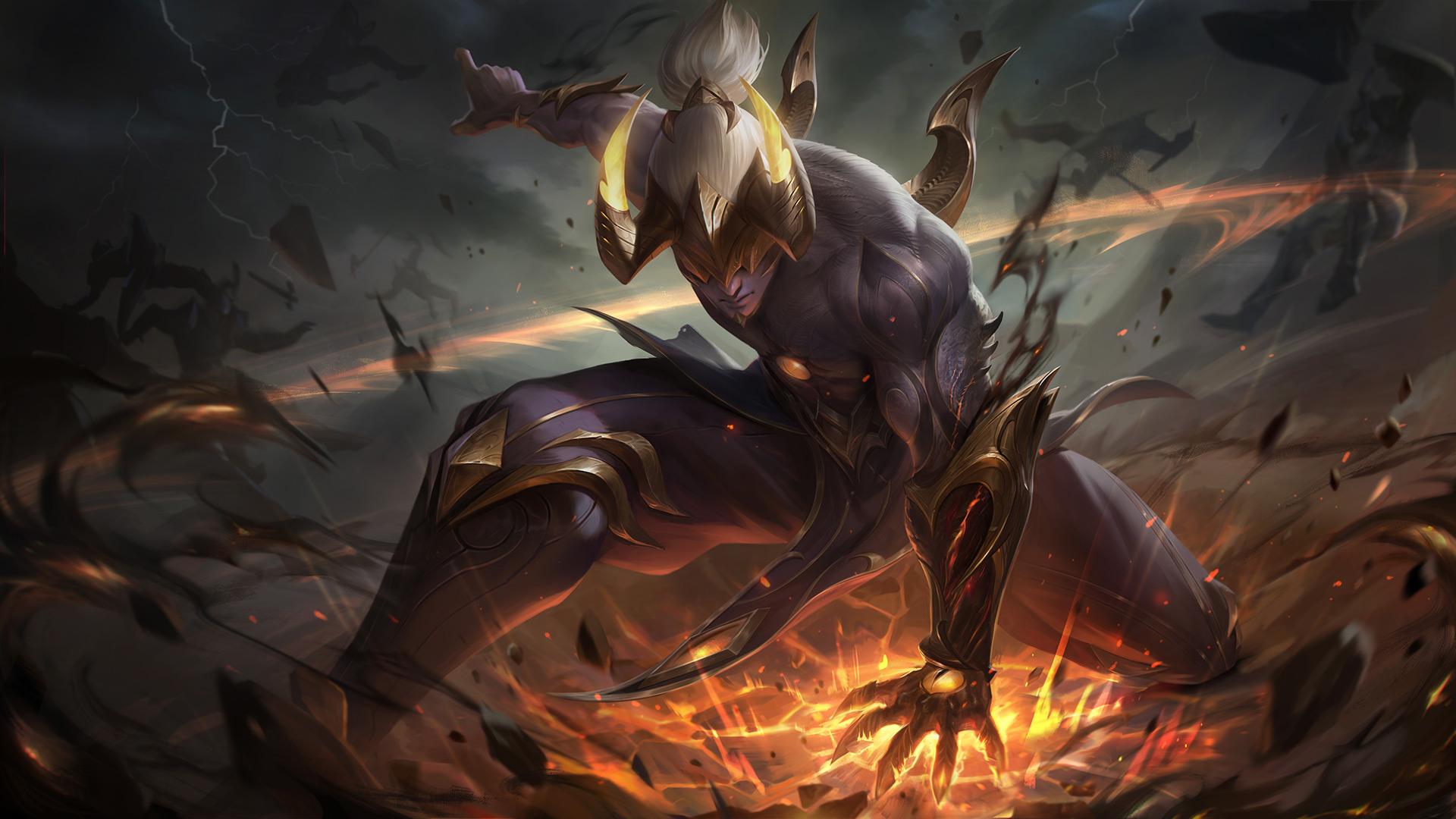 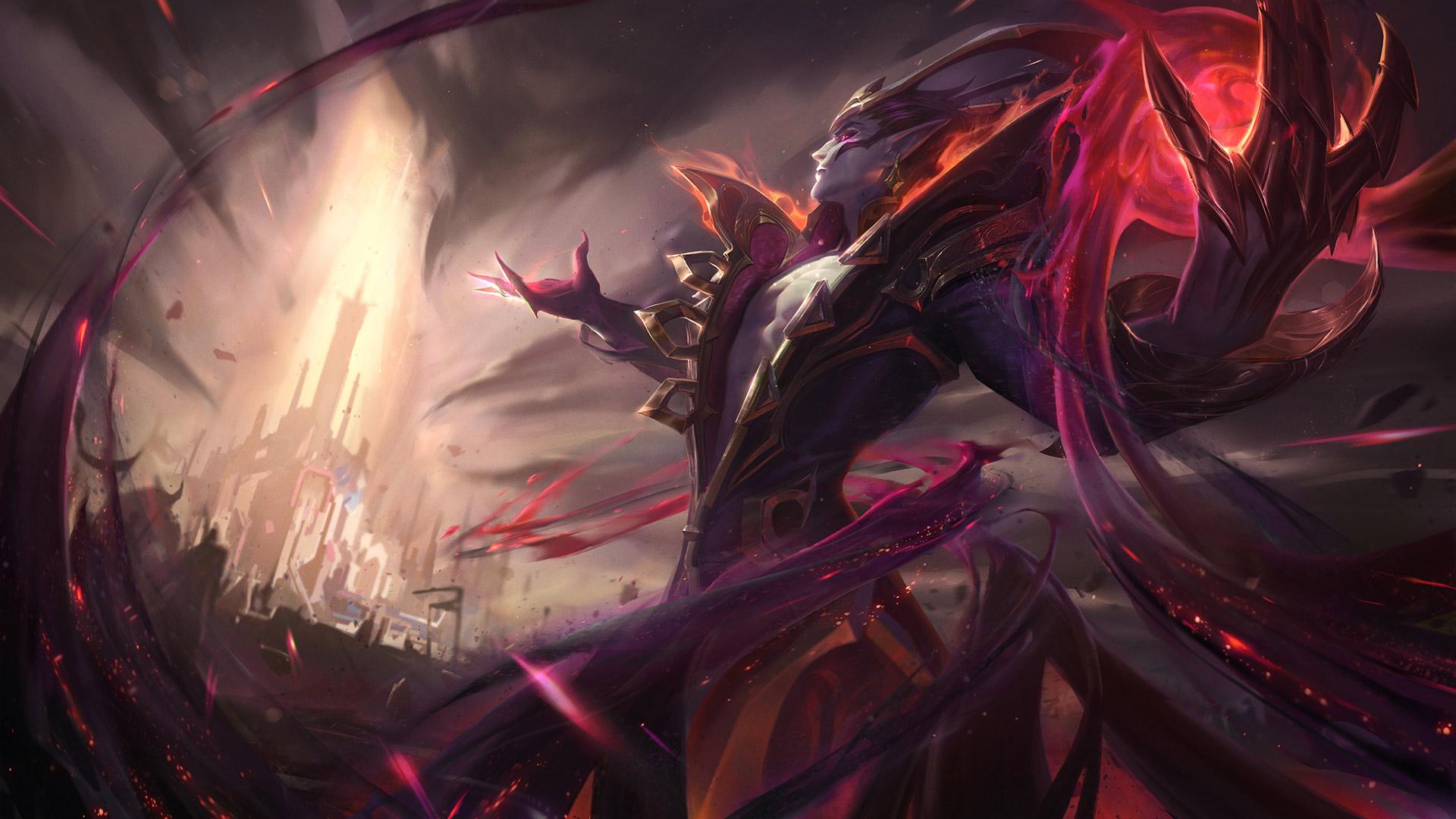 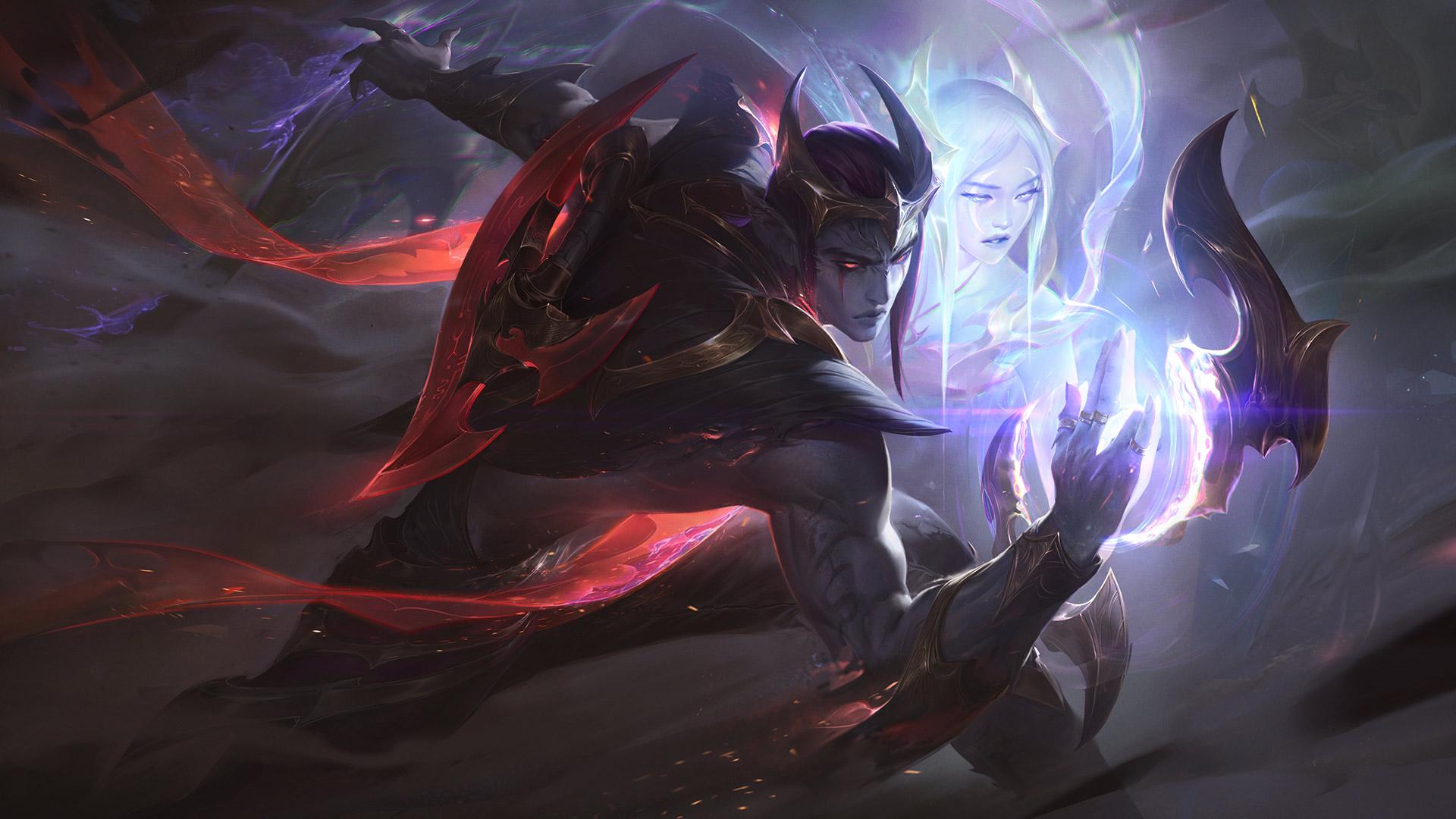 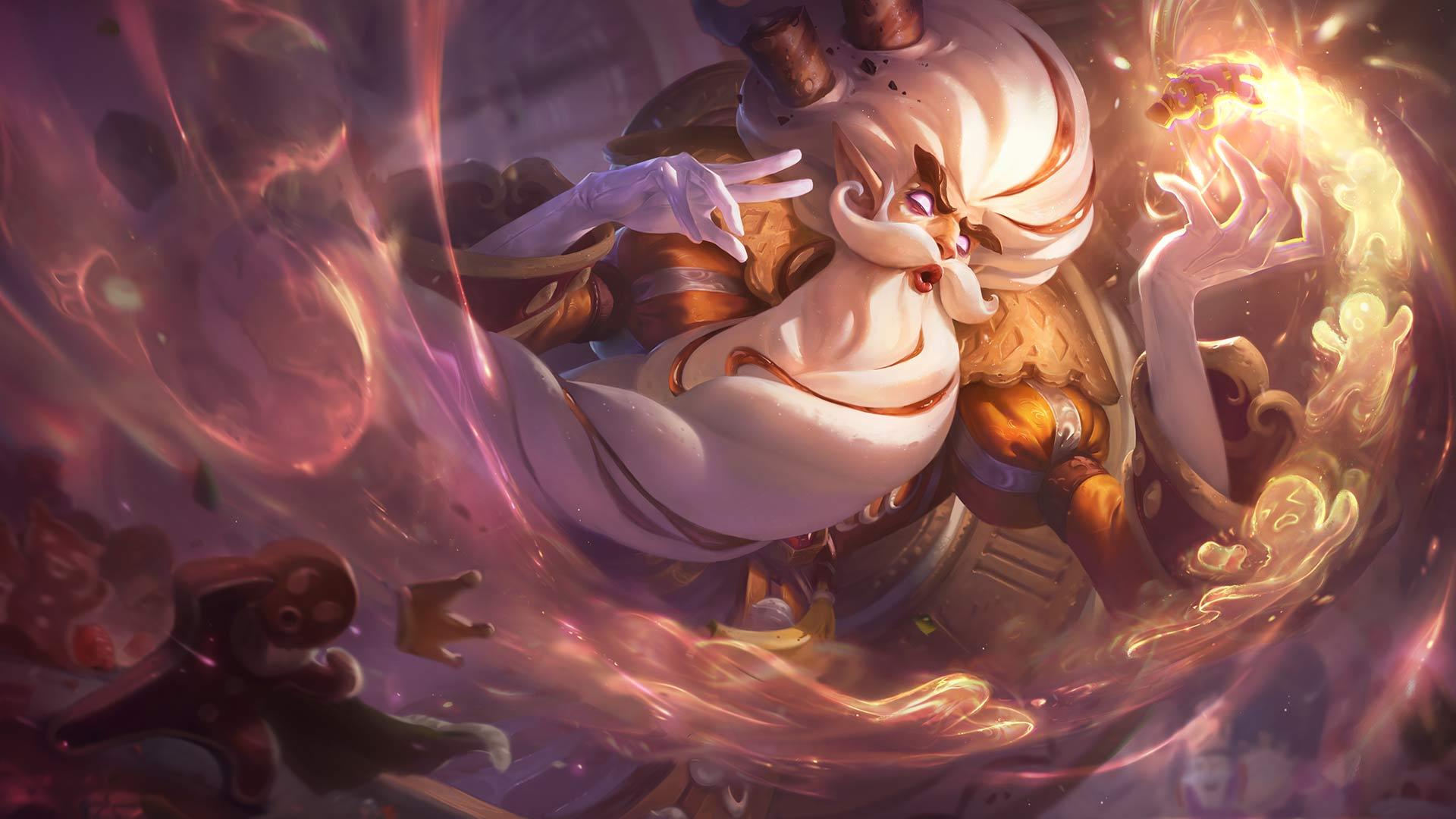 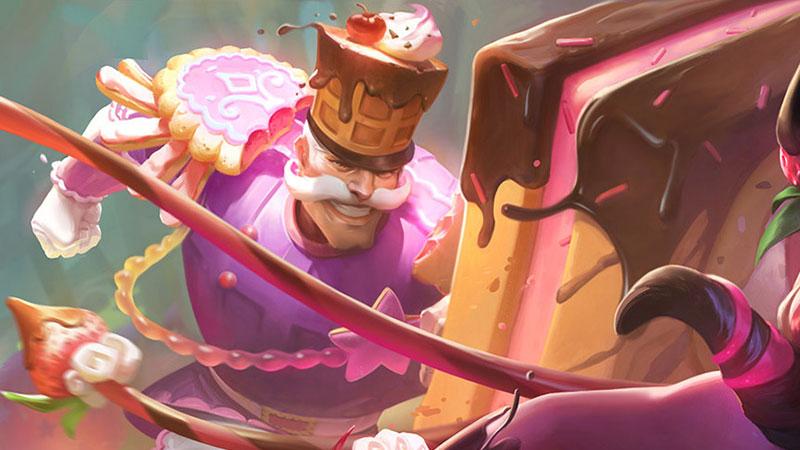 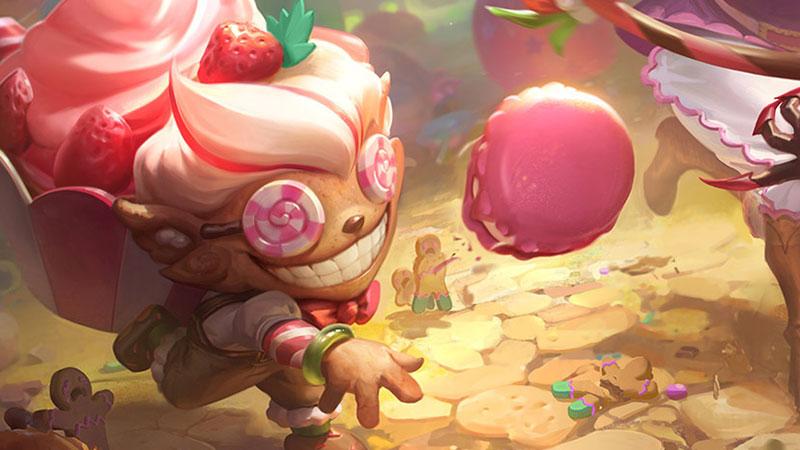 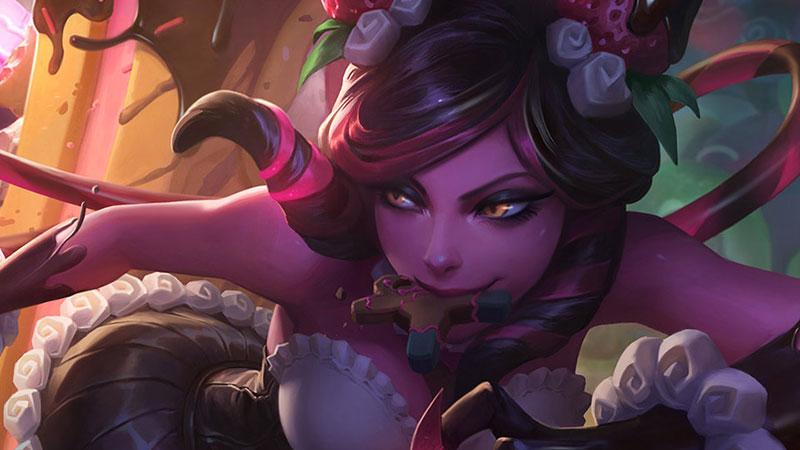 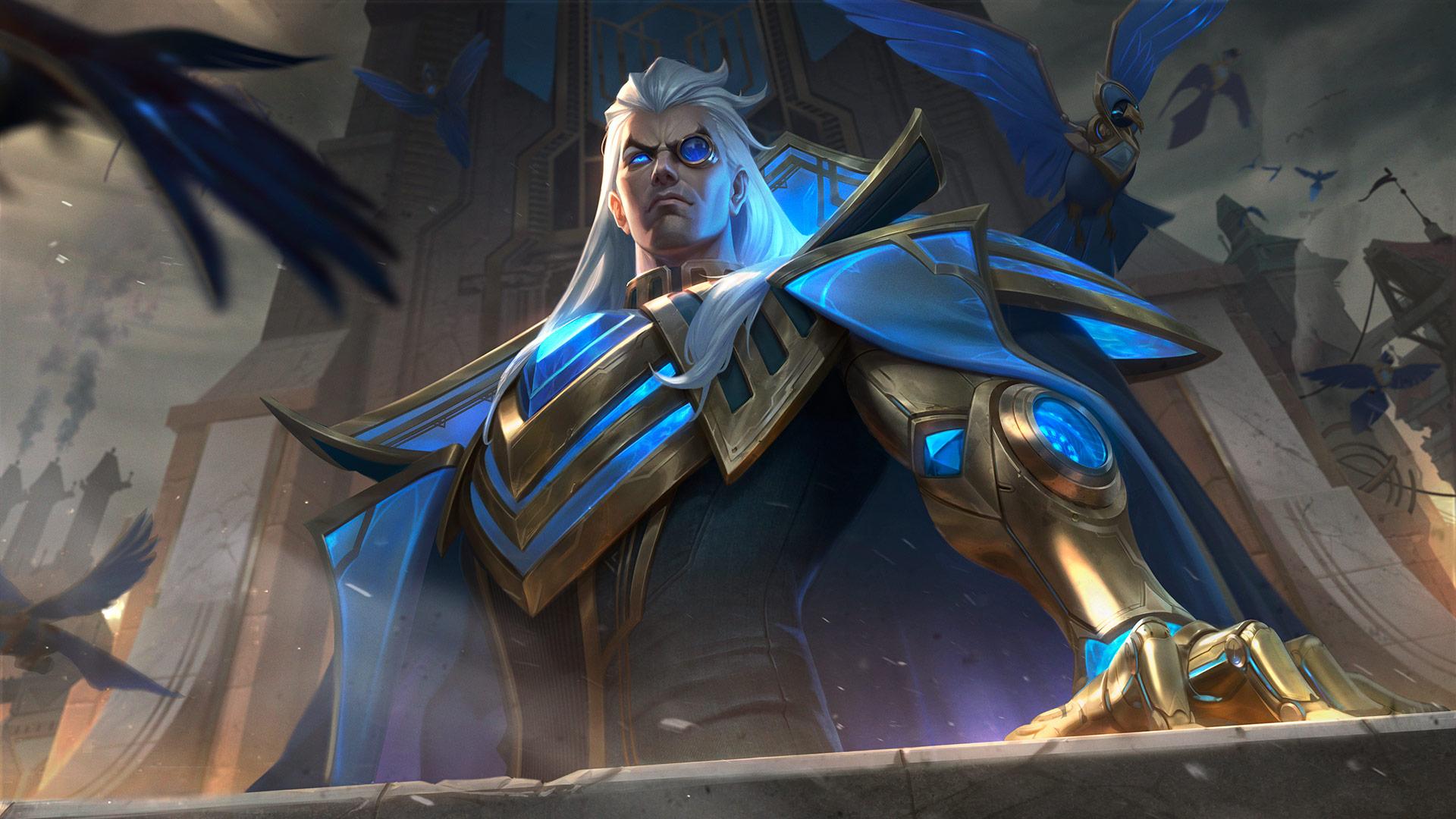