Brigitte, the latest hero to join the Overwatch roster, is getting ready to step out onto the battlefield and join the fight for the future. Artist Kim-Seang "Nesskain" Hong has worked on a number of Overwatch pieces, including the commissioned Brigitte piece you see below. Here he discusses his favorite thing about Brigitte, his painting process, and why he loves Overwatch. 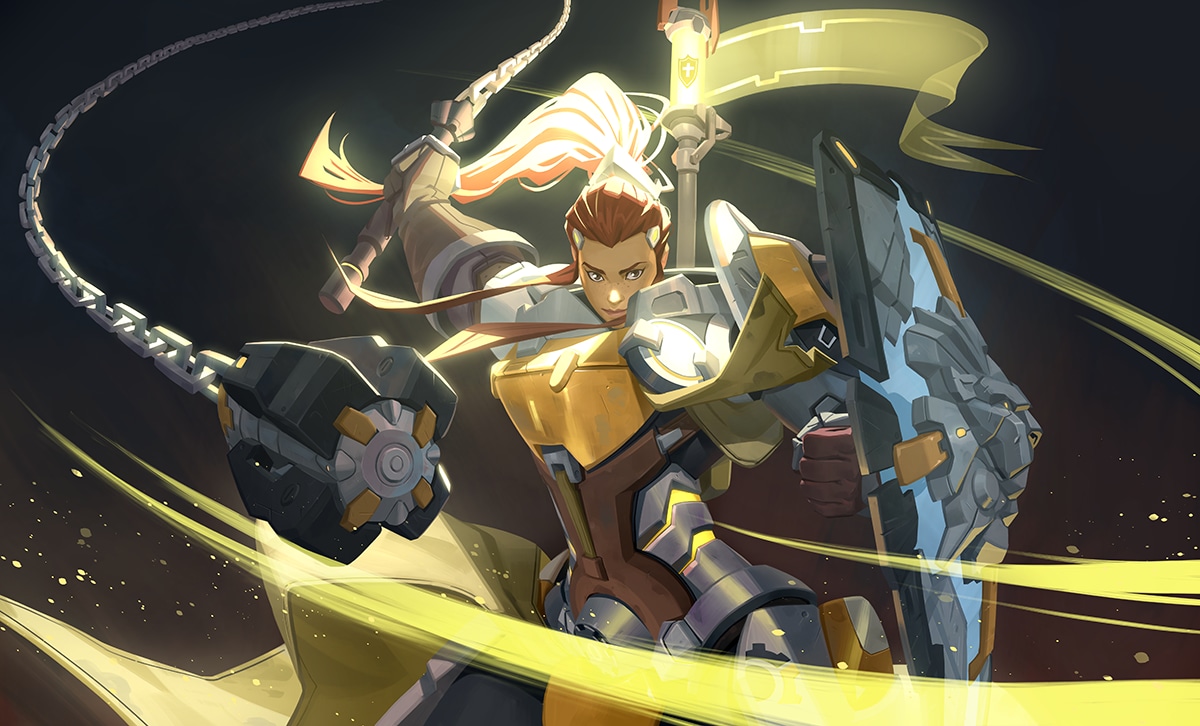 When creating his rendition of Brigitte, Nesskain saw something special in the engineer-turned-squire. “The most inspiring thing about Brigitte is that she’s a strong woman and always at Reinhardt’s side, ready to help him. You know she’s a character you can rely on.”

Nesskain is a Grandmaster in Competitive Play, but prior to picking up Overwatch, he was on a break from gaming. “Overwatch is the game that brought me back,” says Nesskain. “I hadn’t played any games for years because I wanted to focus on improving my drawing skills, but when I saw the first trailer and all of the concept art, I knew it would be a game that I had to play.”

For Nesskain, drawing a hero begins with exploration. “My early process relies on random strokes, trying to feel the strong shape of the character.” For Brigitte, his anchor was her armored torso—a shape that Nesskain felt showed her confidence. He then cleans up the proportions and begins to color. “I block all the parts including the hair, skin, shield, and armor with flat colors.” The light that illuminates Brigitte’s face in the painting was a key component in making his painting stand out. “I knew that I only wanted one light source, which comes from the staff on her back, so it brings all of the attention to her face.”

“It’s really hard to create good character design,” says Nesskain. “Artists tend to overdo it. But Overwatch characters have the most well-balanced design I’ve seen. It just blows my mind.”

Since its release, Nesskain has created over 50 pieces of Overwatch-inspired artwork, including the official Overwatch comics “Dragon Slayer” and “Mission Statement.” To see more art by Nesskain, you can follow him on Twitter, Instagram, and Tumblr.