World of Warcraft news » The Darkmoon Faire in WoW Classic 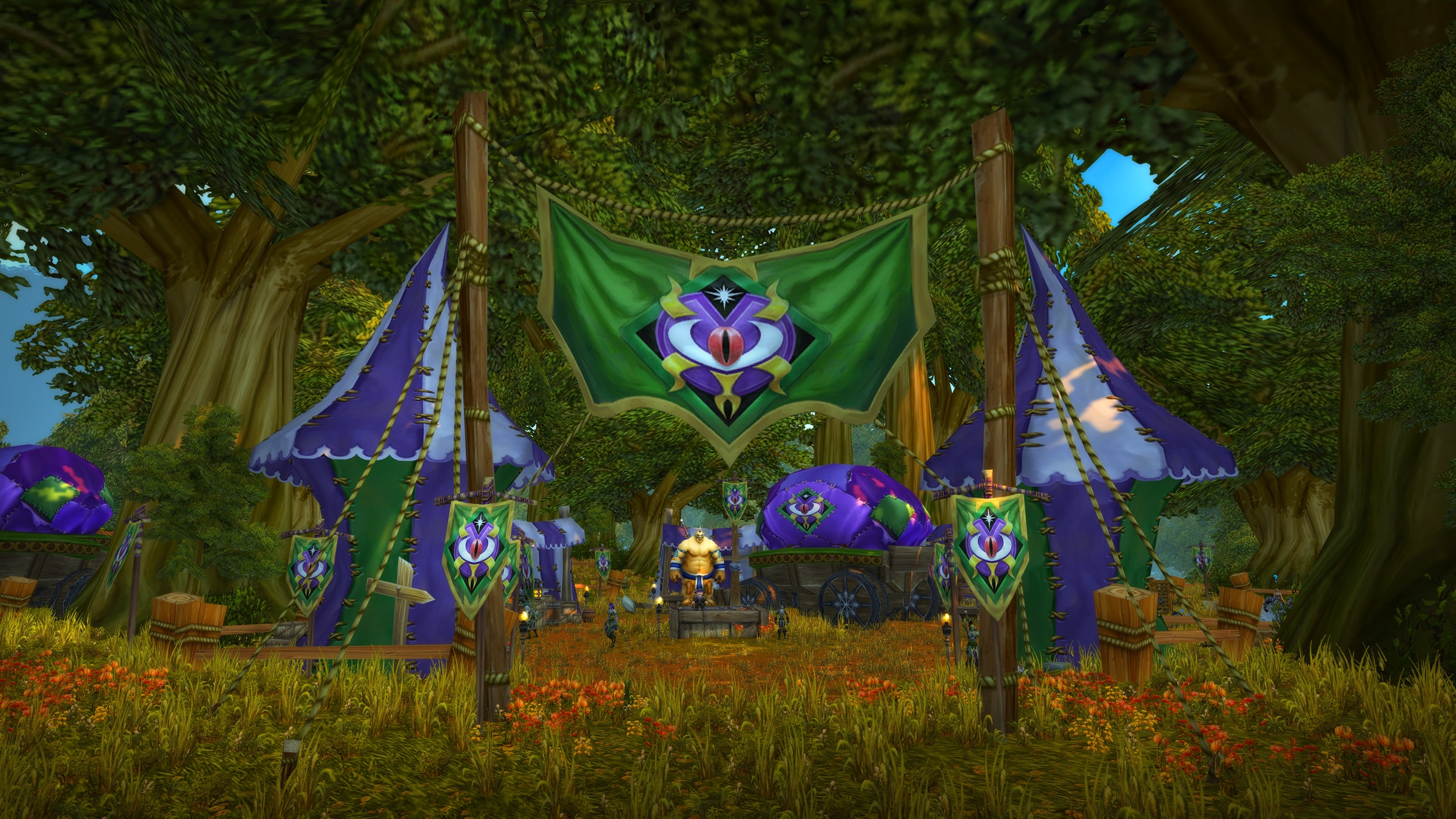 A gathering of the exotic from around the world and beyond, the Darkmoon Faire is a celebration of the wondrous and mysterious found in Azeroth. While the Faire spends most of its time in parts unknown, Silas Darkmoon and his enigmatic employees do stop from time to time in Mulgore and Elwynn Forest. When the Faire is on its way, barkers will stop by Orgrimmar and Ironforge to announce its arrival.

Hear ye! Hear ye! The first Darkmoon Faire in WoW Classic begins set up Friday, February 7 in Mulgore, with barkers appearing in Ironforge and Orgrimmar to share the news. Festivities begin on Monday, February 10 and will be available to visitors for a week before shutting down until the following month.

Visitors will be able to access the Faire in alternating months either in Elwynn Forest or Mulgore and is accessible to both the Horde and Alliance. Those on PvP realms will need to exercise caution when entering into enemy territory.

Completing games and quests for the Darkmoon Faire will generally reward you with Darkmoon Prize Tickets. Tickets can also be earned by offering trade goods to Chronos, Kerri Hicks, Rinling, or Yebb Neblegear.

Speak to Gelvas Grimegate to redeem Darkmoon Faire Tickets for various prizes, including some epic-quality pieces of gear. You’ll also be able to trade in Darkmoon Faire Prize Tickets toward reputation.

Darkmoon Cards can now be collected from across Azeroth. Once a deck is completed, players can turn it in to Professor Thaddeus Paleo for an epic-quality Trinket.

Life is full of mystery and wonder; no two adventurer’s tales are alike. Seek out Azeroth-renowned fortune teller Sayge to discover your future. After answering two of Sayge’s questions, you will receive a powerful buff based on your responses.

The Blastenheimer 5000 Ultra Cannon launches Fairegoers through the air towards a target sitting in the waters south of the fairground.