World of Warcraft news » Return to Azeroth: Catching Up at 120 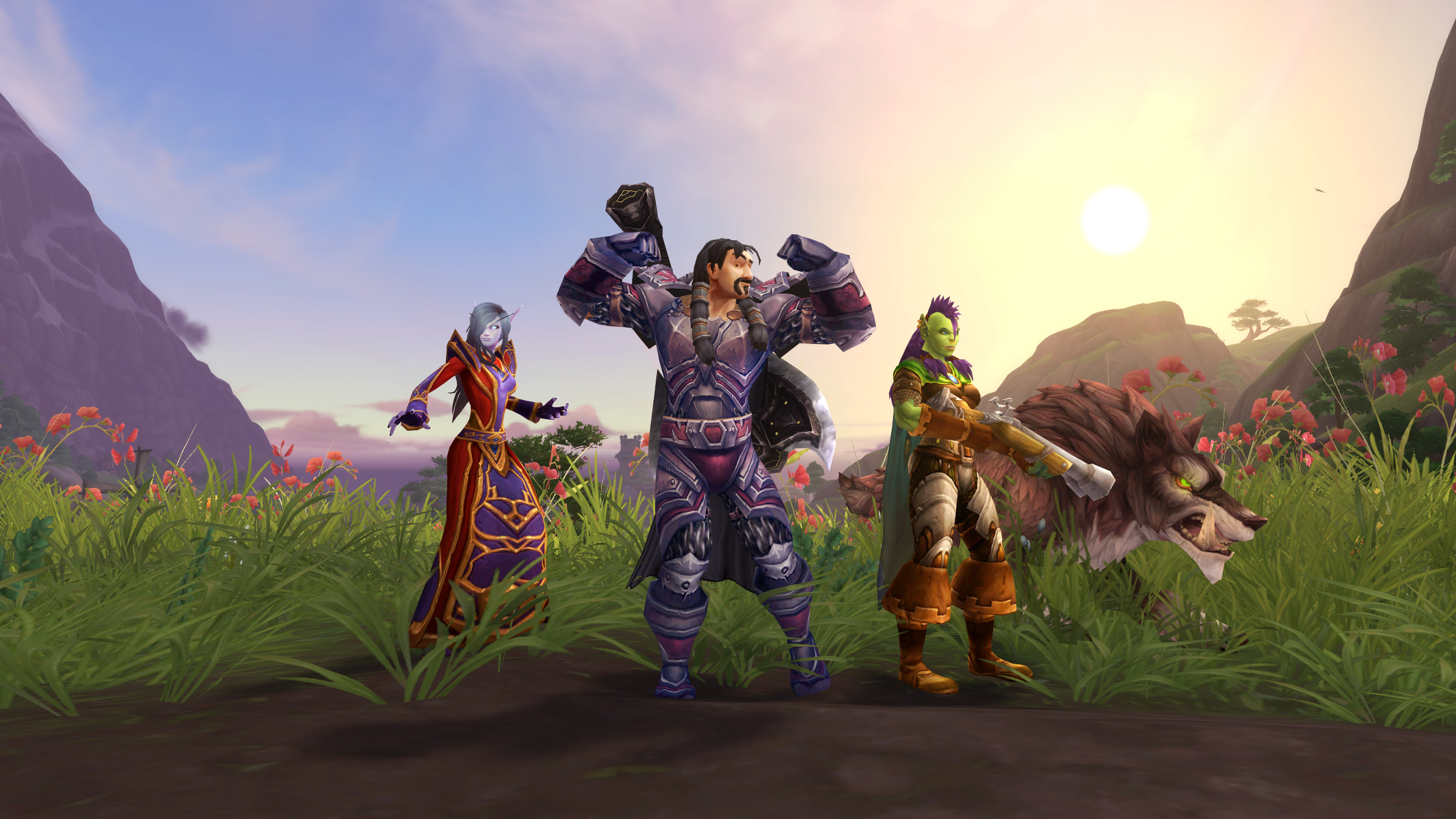 Life has a way of catching up to you, but if you’re just returning to your level 120 character after a hiatus and want to catch up on the latest content, then this brief guide is for you.

Carry On, Wayward Sons and Daughters

It’s not too late to join in the fight against N’Zoth and his minions. If you’ve left a level 120 character behind, it’s easy to catch up on all the latest adventures in Azeroth.

When you log in with your level 120 character, you’ll automatically receive the quest “The Wolf’s Offensive” (Alliance) or “The War Chief’s Order” (Horde) to sail to Nazjatar. There, you’ll establish your base and set up a portal to Dazar’alor (Horde) or Boralus (Alliance).

With your hub is established, you’ll be called upon by Speaker Magni Bronzebeard to join him at the Chamber of Heart. Through his series of quests, you’ll open the Heart Forge, allowing you to infuse Essences into your Heart of Azeroth, which grants new combat related-powers.

Once you’ve collected a new Essence—obtained by participating in a wide variety of content—the Heart Forge will allow you to “learn” the Essence, permanently adding it to your collection. Much like Talents, once you’ve learned an Essence, you’ll be able to apply it or swap it out through a new Heart of Azeroth interface within rest areas, cities, or when using items such as the Tome of Quiet Mind.

The first Essence you’ll infuse the Heart of Azeroth with is The Crucible of Flame (Rank 1). Once you reach Heart of Azeroth level 54, you’ll receive a new quest from Kalec within the Chamber of Heart to upgrade to Rank 2 of this Essence. Accessing the Heart Forge will also show you all the available Essences for your class and how to get them.

To take on N’Zoth and his virulent corruption, you’ll need to make sure you’re geared up to resist his insidious grasp, face off against his minions, and ultimately delve into Ny’alotha, the Waking City. Check out our previously published step-by-step guide to getting your legendary cloak, Ashjra’kamas, Shroud of Resolve, which begins with either the quest “Return of the Black Prince” (Horde) or “An Unwelcome Advisor” (Alliance).

As a part of earning your new legendary cloak, you’ll also begin earning Corrupted gear from completing Assaults, quests, and other activities in Azeroth. You can learn more about this new gear in Wowhead’s guide. This gear has powerful benefits—but at a cost. Without your legendary cloak, the toll can be heavy, and the costs could end up outweighing the benefits. Finding the right balance for you can make the difference between success or failure.

Once you’ve obtained your legendary cloak, you’ll work with Wrathion to open a gate to N’Zoth’s Horrific Visions.

Horrific Visions are instanced challenges for 1 to 5 players that give you a glimpse at the twisted future N’Zoth has in store for Orgrimmar and Stormwind. While experiencing a Horrific Vision, your sanity will be under constant attack, increasing the instance’s difficulty—and forcing you to leave before you’re consumed by insanity.

For more information on getting the most out of Horrific Visions, check out Wowhead’s guide.

The Heart of Corruption – Ny’alotha, the Waking City

Once you’ve completed the series of quests with Magni, he’ll task you with taking the plunge into the ultimate heart of corruption—the raid dungeon, Ny’alotha, the Waking City—to defeat N’Zoth. You’ll need to have an item level of at least 410 to enter the Raid Finder.

Boosting Up and Facing N’Zoth

If you boost a character to level 120 and already have existing characters on your account, you’ll automatically earn any account-wide achievements when you first log in to your newly boosted character.

You’ll also automatically receive the quest “The Wolf’s Offensive” (Alliance) or “The War Chief’s Order”  (Horde) to sail to Nazjatar.

If you’re looking to jump right into the action, you can ignore the “The Call for Allies” quest and any additional quests into the zones. You can return to these later.

Once you’ve established your base of operations in Nazjatar, you’ll be able to begin the quest line with Magni Bronzebeard to unlock the Heart Forge and Essences, as well as Assaults, the legendary cloak, Corrupted gear, and the new Horrific Visions.

If you’re not quite at level 120 yet, don’t worry—we’re providing a +100% experience boost from March 20 to April 20, 2020 to help you. This experience boost will also stack with Heirlooms.

There are also plenty of helpful guides with information on getting to 120 quickly so you can join in the latest content in Battle for Azeroth. There are many different catch-up mechanics and resources near at hand to get you up and running in no time.

It’s a great time to join your friends in Azeroth as we prepare to take on the next World of Warcraft expansion, Shadowlands, coming in 2020. Join the discussion on the forums.