League of Legends news » A Thanks to All Twisted Treeline Players

As announced earlier this year, Twisted Treeline will officially be retired at the end of this season. We're sad to see such a longtime game mode leave our official rotation, but doing so will let us keep our focus on our larger game modes. For more information on this, please check out the /dev post we did about modes!

Players who achieved ranks through Twisted Treeline games will still get those end of season rewards when the season officially ends on November 19 12:00AM PT. But as stated previously, there will not be a Twisted Treeline specific chroma this year.

That being said, we want to specially commemorate those of you who've been long-term fans of Vilemaw and celebrate all the games you've played in League's venerable 3v3 mode! 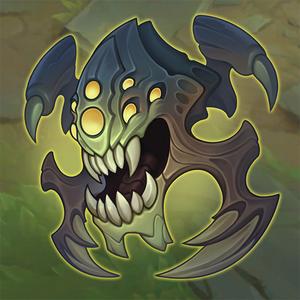 Thanks again to all you loyal spider killers!